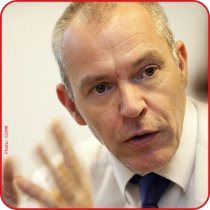 “The European Union must honour its commitments to the regions”

Reaction of the secretary general of the Council of European Municipalities and Regions, Frédéric Vallier, on the postponement of the vote on the 2014-2020 EU budget:

“Due to inter-institutional disagreements that ignore the operational needs of territories, regions legitimately waiting for European funds within the framework of the cohesion policy programmes risk not receiving these funds in 2013. As EU Budget Commissioner Janusz Lewandowski warns, not adopting the budget at the plenary session of the Parliament in October means that the European Commission will be unable to make payments on cohesion policy and on rural development until the end of the year. At a moment in which the economic crisis affects all Europeans and involves regions and cities in crisis exit policies, we expect a responsible attitude from the Parliament and the Council. Behind those regions, there are businesses that risk not being paid for what they have produced, SMEs that risk bankruptcy, and workers that risk unemployment. The European Union must honour its commitments to the regions of Europe!”