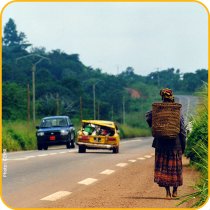 Local governments are essential to a successful development agenda after 2015

The United Nations are discussing new development goals beyond 2015*. Debates are oriented to the way forward towards new development objectives and the Council of European Municipalities and Regions (CEMR) is actively contributing for these objectives to be adapted to the local situation.

At a meeting held in New York 28 May 2013**, CEMR secretary general Frédéric Vallier, said that municipalities, cities and regions are among the main stakeholders of development. “Health, poverty reduction, equality or education are some of the issues where municipalities and regions have the expertise and responsibility to implement the development agenda beyond 2015”, Vallier stated at the UN headquarters where he met worldwide representatives of local authorities.

CEMR and its global organisation, the United Cities and Local Governments (UCLG), are pleased that, for the first time, the idea of local governance is taken into account and included in international debates on this subject.

In a message addressed after his nomination to advise UN secretary general on development challenges***, UCLG president and mayor of Istanbul, Kadir Topbas, highlighted the crucial participation of multilevel authorities in this process: “The collaboration and consensus with local and central governments, non-governmental organisations and our precious citizens, will bring us the most accurate and rapid solutions”.

Municipalities and regions have already been acknowledged as political stakeholders at the European level. Last May 2013, the European Commission recognised the potential of local government in implementing public policies in the eradication of poverty and sustainable development.

This recognition was achieved through the work of the European Platform of Local and Regional Authorities for Development (PLATFORMA) and its members which include the CEMR.


*Until 2015, the development agenda is organised around eight Millennium Development Goals (MDGs). These shall include eradicating extreme poverty and hunger, ensure environmental sustainability and promote gender equality and empower women.

**The meeting was organised by UCLG, which is leading a group of worldwide municipal movement aiming at ensuring local and regional government’s participation in the definition of the next development goals beyond 2015.

***The President of UCLG and Mayor of Istanbul, Kadir Topbas, has also represented local and regional governments in the UN High Level Panel on the Post-2015 Development Agenda composed of international stakeholders coming from different sector.