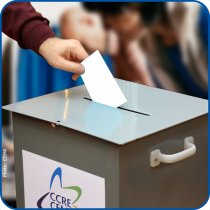 The Policy Committee took place on 2 and 3 December 2013 in Prague, organised and supported by our Czech association (SMO), at the invitation of the Mayor of Prague, Tomáš Hudeček. The meeting culminated with the election of the new political structure of the CEMR, notably, its new President, Annemaire Jorritsma, Mayor of Almere (Netherlands) and President of the Association of Netherlands Municipalities (VNG).

CEMR’s 26th General Assembly to be hosted in Nicosie

Members of the Policy Committee voted, with a narrow majority, to hold the next General Assembly, in 2016, in Nicosie (Cyprus). This event takes place every four years and is the largest gathering of European cities, municipalities and regions.

The Policy Committee published a declaration in reaction to the 3rd Eastern Partnership Summit in Vilnius on 28 and 29 November 2013. The Summit offered an opportunity to discuss the evolution of political relations between Europe and its Eastern neighbours in the Union. In the declaration, CEMR and its member associations express their support for Ukrainian local and regional authorities in their efforts to improve public service provisions and infrastructure by cooperating more closely with municipalities and regions in the European Union. CEMR offers its support and expertise to Ukrainian local and regional authorities, particularly via our member associations in the country.

Thanks to the initiative by our Scottish Association (COSLA), the Policy Committee approved the constitution of a Committee of young local and regional elected representatives. This initiative reflects the importance that CEMR attributes to youth, as seen through our various working domains. The Committee will be headed by a member of the council of Angus (Scotland), Mairi Evans.

The members of the Policy Committee have voted in approval of CEMR’s Manifesto for the elections of the European Parliament in 2014. This text will be published officially in February 2014.

The members of the Policy Committee voted in favour of CEMR to have status as an association under Belgian law (AISBL).

The Policy Committee held two debates during its meeting.

The first debate addressed the question of urban development and was based around the report “The State of European Cities in Transition: Taking Stock after 20 Years of Reform”.

Published by the United Nations Human Settlements Programme, (UN-Habitat), this report analyses issues affecting cities, towns and villages in 23 European post-Socialist countries and territories (including Estonia, Poland, and Georgia, among others). It covers thematic areas including urban growth trends, migratory processes, housing and social issues and environmental matters. Participants in the debate included Oldřich Vlasák, vice-president of the European Parliament and of SMO; Jan Olbrycht, Member of European Parliament; Joseph Maseland, coordinator of the UN-Habitat report; and Helma Orosz, Mayor of Dresden (Germany).

The second debate focused on the way basic public services are provided at the local level across the world. This debate offered the occasion to present the third report on decentralisation and local democracy (GOLD III). Carried out by our world organisation, UCLG, the publication covers all regions in the world. The European chapter was written by Pierre Bauby (French researcher), who was also present at the debate. The Mayor of Steinkjer (Norway), Bjørn Arild Gram presented the challenges of setting up basic services in his municipality, such as population growth. The Counsillor of Liverpool (United Kingdom), Richard Kemp, Richard Kemp, for his part, encouraged Policy Committee members to favour exchanges between local and regional authorities to develop public services, and to avoid depending on the central government to develop them.

The next Policy Committee meeting will take place in Łódź (Poland) in spring 2014 and will be hosted by our Association of Polish Cities.
Translate