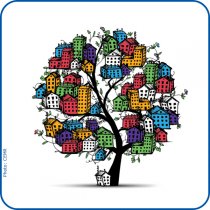 This event provided an opportunity to present the 9 local and regional governments’ key messages for the upcoming elections in May 2014. Participants included Danuta Hübner, chair of EP Committee on Regional Development; Jo Leinen, MEP and president of the European Movement International; Anthea McIntyre, MEP; and Jan Olbrycht, MEP and president of the Urban Intergroup of the European Parliament. CEMR was represented by:

During her speech, Annemarie Jorritsma urged members of the European Parliament to "not over-regulate but rather better regulate." In the context of a Europe facing many threats and challenges, she encouraged collaboration among all elected officials - local, national and European - in order to align European policies with the real needs of the citizens. This message was also relayed at the meeting in a video presenting the manifesto.

This manifesto was unanimously adopted on 3 December 2013 in Prague, by the elected representatives of the 57 CEMR member sections and associations. It presents 9 key messages to consolidate cooperation between the European institutions and local government for the next five years:
"The local and regional governments manifesto” is available in English, French, Czech, German, Italian, Polish, Portuguese, Romanian and Spanish.
Translate