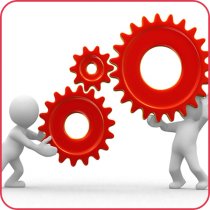 New research from CEMR* shows great differences in central-local partnership working across Europe.  The ground-breaking study notably found that only a few EU countries fully collaborated with municipalities and regions, when taking crucial decisions on how €352 billion of EU funds should be spent over the next 7 years.

Since January 2014, national governments are legally obliged to create a working partnership with local government when designing and delivering EU funds. The study found that Denmark, Finland, Lithuania and the Netherlands respect this rule to the greatest extent. Denmark is one of the European countries that perform best by signing annual agreements to work with local and regional authorities’ representatives.

The study also found however that most of the countries surveyed do not fully respect the EU’s rules on central-local partnership working. The CEMR report highlights several cases for example in which central governments do not respect the requirement to provide key documents to local authorities at least ten days ahead of meetings. The report also reveals that, in general terms, national associations of local and regional authorities were obliged to proactively lobby their central governments to ensure their involvement in decisions directly affecting them.

“According to Member States decision on EU budget (2014-2020), the new cohesion policy will make available up to € 352 billion for regions and municipalities to create jobs, reduce social exclusion, tackle climate change, and stimulate research and innovation among other priorities. We believe that these objectives can only be achieved in close working partnership with local and regional government.” said CEMR secretary general, Frédéric Vallier.

There is still plenty room for improvement in partnership working before funding becomes available to projects at the end of 2014. EU institutions must take into consideration the CEMR report and require Member States to respect EU rules by fully involving local government in their funding programmes.

*The report “Planning of EU structural funds: is Local Government treated as a real partner?” was carried out by Council of European Municipalities and Regions (CEMR) together with its member associations in 18 EU countries. The evidence found shows the following results: