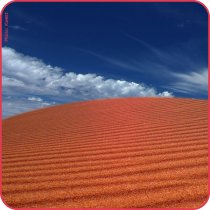 We deplore the decision taken by the Directorate-General for Agriculture and Rural Development (DG AGRI) of the European Commission, which specifically excludes local and regional authorities from the new civil dialogue group on rural development.  Development of the rural areas is not only driven by agriculture but rather by valuing the potential of rural economies and local initiatives. It requires a local and regional frame to set out long-term objectives and strategies, coordinate policies and deliver efficient public services.

Over 77% of the European Union's territory is classified as rural and is home to around half of its population. This is why, dthe Council of European Municipalities and Regions (CEMR) has actively participated in the advisory group dealing with rural development, allowing to relay information to local practitioners to better develop rural initiatives on the ground.

“If DG AGRI aims to establish a structured dialogue with civil society and representative associations, it should continue to involve CEMR as the broadest European organisation representing 150 000 local and regional authorities, including rural areas,” stresses CEMR Policy Director, Angelika Poth-Mögele. In the past, the advisory group on rural development offered the possibility to representatives from different areas to have an exchange with DG AGRI on a range of aspects of rural development and was an opportunity for CEMR to provide the local government perspective.

What is the logic behind the DG AGRI’s decision?

CEMR strongly questions DG AGRI’s decision to recognise repersentatives from the industry, such as the biotechnology and the crop protection industry (Europabio, ECPA), or purely environmental organisations (Birdlife, EEB, WWF) among the representatives of the civil society, but to exclude the European representative association of local government.

We understand that the decision on the change of the current advisory group was taken by the EC in the context of the new agricultural policy. However, we believe that DG AGRI should have taken a broader approach of article 11(2) on the Lisbon Treaty, which states that the institutions are to maintain an open, transparent and regular dialogue with representative associations and civil society.