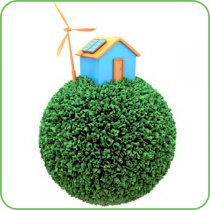 The European Union has recently reached an agreement to reinforce its engagement in the fight against climate change through the reduction of domestic greenhouse gas emissions or the EU dependence on energy imports, among other initiatives.

Local and regional governments are already taking action to contribute to such ambitions. This is why, we deplore that the agreement reached on Friday 24 October by heads of state and government, do not contain a single reference to local government in the implementation of the future targets.

Hundreds of cities and towns are already taking action

Today, urban areas are responsible for 80% of energy consumption and CO2 emissions. An ambitious 2030 framework should therefore be the opportunity to translate the EU’s climate and energy objectives into a multitude of actions at the local and regional level.

Cities, municipalities and regions are continuously increasing their efforts for climate action and the transition towards green growth. Such ambition is mirrored in the Covenant of Mayors (of which CEMR is a member), that gathers municipalities voluntary committed to reach, or even exceed the European Union’s objective to reduce 20% of CO2 emissions by 2020. Up to 6.200 signatories have already committed to meet EU climate and energy targets, through some 4.000 sustainable energy plans under implementation.

Ahead of the UN climate change conference in 2015

The Council’s conclusions will serve to set the European position ahead of the international negotiations in 2015 and we believe that the credibility of the future agreements will be only based on the level of recognition of local and regional governments in the final text. In that sense the European Council missed the opportunity to bring a positive message to Paris and to local government worldwide: that we can all take our responsibilities in the battle against climate change and to protect the future generations.

The European Council summit took place on 23 and 24 October to reach an agreement on the 2030 Climate and Energy Policy Framework (covering the 2020-2030 period). Among the targets reached, the EU commits to : reduce at least 40% of  greenhouse gas emissions from 1990 levels by 2030 and to increase at least 27% of energy efficiency by 2030. Read the joint Open letter we published in March alongside five other networks of local authorities - Climate Alliance, Energy Cities, ICLEI Europe, Fedarene and Eurocities. In this letter we called Member States to place local and regional authorities at the heart of the EU’s climate and energy actions