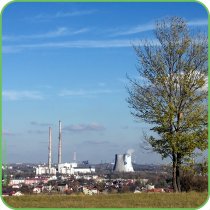 Energy Union – It can’t work without cities and citizens

"Cities are key to the establishment of the Energy Union project" said Commission Vice President Maroš Šefčovič yesterday at a high-level roundtable which gathered some 20 leaders of European cities. Cities are the largest consumers of energy in Europe, and where three quarters of carbon emissions are generated. A successful EU Energy Union must tap into the potential of local energy resources and actively involve local authorities and their citizens.

Local and regional authorities are more ambitious than national governments

Cities, municipalities and regions are crucial players when it comes to energy security: the 6000+ Sustainable Energy Action Plans being supported through the Covenant of Mayors are expected to reduce gas consumption by 58% in some of the EU’s most energy-dependent countries. Covenant signatories have together committed to reducing carbon emissions by 28% until 2020, beyond the EU’s own targets. "The Covenant of Mayors is an example for Member States. Mayors collaborate better at a EU level than national governments, independently of their party because they are closer to their citizens", said Daniel Termont, Mayor of Ghent.

If the EU is to genuinely address the issue of energy security, it should start local. Cities of all sizes are already finding new ways to produce energy locally, alleviating pressure on grids and reducing the need for complex and extensive pipeline infrastructure. To make this happen, community-led projects should be further supported as proposed by George Ferguson, Mayor of Bristol: "I am independent, I have no political ambition and I am prepared for change. Now it’s up to the EU to enable the communities to develop their own energy programmes, because energy is also a social issue, not just an environmental one".

Local governments are closer to citizens

Involving local authorities is also the most effective way of engaging citizens in the Energy Union. They are the level of government closest to the people and can have a direct impact on the way citizens travel, consume, work and live. On this topic, MEP Claude Turmes welcomed the technology focused innovation brought about by the Smart Cities programme but insisted on the broader and "more important" need for societal innovation such as the EU Covenant of Mayors initiative. As stated by Mayor of Almere, Annemarie Jorritsma, "while the Covenant of Mayors is driven by citizen’s needs, the Smart Cities and Communities initiative is mainly an-industry oriented approach."

This press release is a joint initiative of EUROCITIES, Energy cities, Climate alliance, Fedarence and CEMR