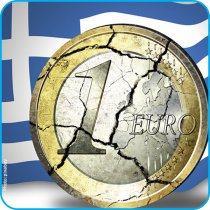 CEMR strongly condemns the threat to local autonomy in Greece

The Council of European Municipalities and Regions (CEMR) strongly condemns the threat to local autonomy that result from the provisions adopted by the Greek government concerning the seizure of the cash reserves of Greek local authorities. CEMR members, which constitute the main organization representing European local and regional governments, are supporting their Greek counterpart, the Central Union of Municipalities of Greece (KEDE), as well as Greek mayors and local elected representatives, and call for respect for the principles of the European Charter of Local Self-Government signed by Greece in 1985 and ratified in 1989.

CEMR is particularly concerned by the situation that such a decision, if confirmed, would create for Greek local authorities, when these are from the beginning of the financial crisis in this country, the last bastions in the fight against social disintegration that threatens the country.

A study in the course of being finalized and conducted by CEMR at the request of KEDE shows that Greek municipalities and communes can provide impetus for economic recovery of the country, if we agree to strengthen their level of autonomy vis-à-vis a failing central government. Their resources are by far the weakest in Europe, their debt ratio is consistent with their resources, very low compared to the level of debt of the Greek state, and they contribute to less than 6% of public expenditure (against an average of 16.70% at EU level).

Under these conditions, we ask the Greek authorities to consider an economic recovery plan that would be based on the capacity building of subnational governments and propose to launch a debate on decentralization, in partnership with (KEDE). CEMR is willing, together with its members, to support such an approach towards the European institutions and contribute to this debate by all means available.