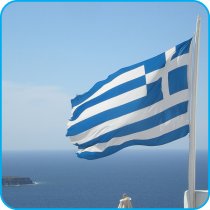 The future of the country also requires a new territorial deal

As the future of Greece within the Eurozone and the EU hangs in the balance, the Council of European Municipalities and Regions (CEMR) calls on Greek and European leaders to find a solution that will suit all parties concerned.

Given potential bankruptcy of the country and the exit from the Eurozone, action at all levels of governance are strongly needed. Municipalities and regions could be the levers of a new territorial deal to develop a Greek economic recovery based on its territories.

Indeed, since the Greek central government revealed a budget deficit and launched tough public spending cuts in 2009, local government has risen to the challenge through efforts to confront the effects of failures of the state.

"The exit of Greece from the Eurozone would be worse than keeping it inside, and would lead to a collapse of the European project," says Frédéric Vallier, CEMR secretary general. "This study shows that, after six years of crisis and two financial assistance programmes to Greece, only an economic recovery plan based on the capacity of municipalities, cities and regions, will get Greece out of the spiral of decline within which it is currently trapped," added Frédéric Vallier.

CEMR therefore calls on the Greek government as well as on European and international institutions to seek a balanced and fair solution while involving all stakeholders, particularly local government and their representative associations, to build a project for the future of Greece in Europe.

Translate
Note to the editors

The study on the financial situation at subnational level in Greece was presented in Athens on 23 June 2015, to members of the finance committee of the Central Union of Municipalities of Greece (KEDE).

KEDE's resolution (available in English and Greek) on the referendum on the latest bailout terms offered by the country's creditors, next of 5 July.