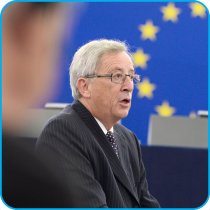 Can local government be lumped together with soft drinks producers? The obvious answer is "no". Yet, this is the rule applied in Brussels since the beginning of 2015 with the coming into force of the guidelines on the EU lobby register. In this context, CEMR president, Annemarie Jorritsma, addressed an open letter to presidents Martin Schultz and Jean-Claude Juncker and vice-president Frans Timmermans. The following is the full text of the letter:

Local and regional governments, their national representative associations and their European umbrella organisation, the Council of European Municipalities and Regions, welcome the commitment of the European Parliament and Commission to improving transparency in EU decision-making, including the use of a lobby register. However, we believe that local governments, directly-elected by European citizens to provide essential public services, should not be treated in the same way as commercial lobbyists and multinational corporations.

For this reason, we call for the exemption on local governments and their associations to sign the EU lobby register to be restored.
Since 1951, CEMR has promoted the building of a Europe that recognises local and regional governments as essential to the European project. As the tier of government closest to the EU citizen, local governments can help the EU to design and deliver policies and programmes that reflect the needs and aspirations of our communities.

National parliaments often have a lobby register to regulate the influence of commercial and corporate interests, however they do not normally include democratic governments.  In contrast, the EU lobby register lumps together local governments with soft drinks producers, car manufacturers and other commercial interests. 60% of the decisions taken by local governments are directly or indirectly influenced by the European Union. As legitimate actors in European governance and recognised by the Treaties, the EU needs to hear the voice of local actors to ensure that future law-making is not only better, but also effective, deliverable and fit for purpose. The political and technical dialogue should be open and two-way, not bogged down in bureaucracy and formfilling.

In the interest of better law-making, we call on you to exclude local governments, and their national and European representative associations, from the EU lobby register.