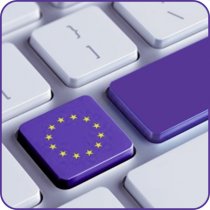 CEMR members commits to pass on their views to the EU Commission on the implementation of the digital single market strategy. This commitment was made at the occasion of the meeting of the expert group on “Information and Communication Technologies and eGovernment”, on 19 May 2015.

The strategy, which was adopted on 6 May, includes a set of 16 specific initiatives to be launched by the Commission before the end of 2016. Its final goal is to make the EU's single market fit for the digital age – tearing down regulatory walls and moving from 28 national markets to a single one.

Despite the absence of any explicit reference to municipalities and regions in the 16 initiatives, local government play an important part, notably with regard to in delivering broadband infrastructure, boosting online administration or reinforcing data protection. Against this background, CEMR policy adviser in charge of ICT and eGovernment, Cédric Flin, said: “the Commission did not identify local and regional governments as beneficiaries of the strategy. However, without their full involvement and the support of their associations, the strategy is doomed to failure. This concern has led us to meet with the Commission’s representatives, who have since expressed interest in getting our input”.

Building on their expertise in the field, CEMR members have responded favorably to the Commission’s invitation to express their opinion and concerns on the strategy and its 16 thematic initiatives.

2. Environment: creating the right conditions and a level playing field for digital networks and innovative services to flourish;

3. Economy & Society: maximising the growth potential of the digital economy