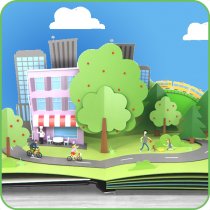 Will your city be the next European Green Capital?

The Commission has launched the search for the 2018 European Green Capital. Interested? What follows is for you.

The award is given to a European city that has demonstrated a well-established record of achieving high environmental standards and is committed to ongoing and ambitious goals for future sustainable development. Cities across Europe with more than 100,000 inhabitants are eligible to apply for the title.

In addition, smaller cities with a population between 20,000 and 100,000 can apply for the European Green Leaf 2016. It recognises towns and cities that demonstrate a strong environmental record, with a particular emphasis on efforts that engage citizens’ in environmental awareness, generate green growth and new jobs. For 2016 the eligibility threshold has been lowered from 50,000 to 20,000 inhabitants.

European Commissioner for the Environment, Maritime Affairs and Fisheries, Karmenu Vella said: “It is vital that cities and towns continue to learn from and inspire one another to create solutions for environmental challenges. The European Green Capital and European Green Leaf initiatives provide a valuable platform for this”.

See also: the video All about the European Green Capital Award