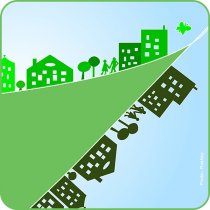 Lyon: last stop before the international conference on climate in Paris

Heat waves, storms, floods and droughts: there is no doubt, the negative impacts of a changing climate are already visible within our territories. Given their responsibilities concerning spatial planning, transport, public procurement and sustainable development, municipalities, cities and regions are the best placed to fight climate change.

Six months before COP21 – which will result in a new legally binding, sustainable and universal climate agreement – local government and other non-governmental organisations want to make sure that their voices, theirs needs and their strengths are taken into account in the future international negotiations to be held in Paris by the end of this year. To this aim, the major international networks of non-state actors, including CEMR and PLATFORMA, are organising the World Summit Climate & Territories to be held in Lyon from 1 to 2 July. After the summit, participants will present concrete commitments and proposals to the States participating in the negotiations in Paris.

About 800 participants from local and regional governments as well as from NGOs, business, workers and trade unions, youth, women, scientists associations, will participate to:

CEMR and PLATFORMA will jointly organise a workshop on “Decentralised cooperation and territorial partnership”.

Summit participants will include François Hollande, President of the French Republic, Maroš Šefčovič, Vice-President of the European Commission for Energy Union and Alain Juppé, Mayor of Bordeaux and president of our French association (AFCCRE).

Read the programme of the summit.
Watch the video interviews with the different speakers.
Follow discussions on Twitter and the hashtag #WSCT.