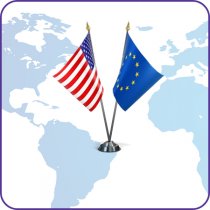 We support the European Parliament’s vote on 8 July, as it sends a clear message to the European Commission by defending the interests of municipalities and regions in the negotiations of the Transatlantic Partnership Trade and Investment (TTIP):

"Although the initiative to open markets between Europe and United States may have positive economic impacts, this cannot be done at any price; not at the cost of an uncontrolled liberalisation of our public services. Therefore we welcome that fundamental services like health care, public transport or waste management are excluded from this free trade agreement, "said Frédéric Vallier, CEMR secretary general.

It is essential to ensure that the Treaty provisions truly take into consideration the models of public service delivery by ensuring local government’s right to freely define public policies according to its competences. Inspired by CEMR, the Parliament recognises and respects the inviolable principles of self-governance and local autonomy promoted by CEMR.

Contrary to what is currently being negotiated, the European Parliament agreed with CEMR’s opinion and called for major changes to the so-called ‘Investors-State Dispute Settlement’ (ISDS).

As it is defined today, ISDS would allow a US firm to challenge a decision made by a local authority for going against its interests or being prejudicial. This litigation would be handled by a private arbitration court, in which partiality would not be guaranteed and which could circumvent traditional courts.

In the report voted today, the European Parliament calls for a new arbitrary mechanism. "The ball is now in the negotiators’ court. We will keep an offensive approach and we will keep lobbying to defend the interests of European municipalities and regions," warns Frédéric Vallier.