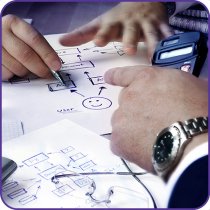 Over the past few weeks, the European Commission approved a series of public funding led by local government, since these initiatives did not have significant effects on trade between EU Member States or no concrete evidence of planned cross-border investments.

In light of such decisions, the criteria for state aid, contrary to the rules of free and fair competition, would become more flexible, which represents a new era in the way public support to local initiatives is monitored and reviewed.

All these positive signs sent by the Commission (which seems to be softening its approach and interpretation of state aid rules) are good news for local and regional governments, particularly in a context of major structural changes and increasing needs to support economic and public services fabric for citizens.

CEMR supports this new approach since it is better adapted to local government’s reality and needs. Furthermore it corresponds to President Juncker's commitment to lead "a Commission bigger and more ambitious on big things, and smaller and more modest on small things.” This new approach aims to focus the Commission's work on what is essential and leave greater flexibility to local government and businesses to boost growth, competitiveness and investment.

CEMR therefore calls on the Commission to continue along this path and to take it into account when revising the state aid rules. These should not be seen only as an attack against free and undistorted competition, which is a fundamental principle of single EU market, but as an essential path for economic activity, employment and development.