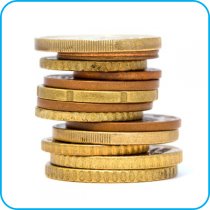 €9.4-billion coming from unexpected additional revenues to the EU budget should be used to cope with the refugee crisis, instead of being deducted from Member States' contributions to the 2016 EU budget. This is the call that the Council of European Municipalities and Regions (CEMR) addresses ahead of the second Conciliation Committee to be held on Friday 13 November.

“We are not calling for additional money, as the financial resources are already there!” says CEMR President Annemarie Jorritsma. “Over €9 billion is flowing back to Member States. These resources should instead be used to uphold the commitments that European countries have already made to tackle the current crisis. Refugees are already here and there is no time to lose. We urgently need to provide the financial means on one hand to Europe's towns and regions that are already overwhelmed by this emergency, and on the other to those that will soon host  those 160,000 refugees that Member States accepted to resettle in Europe.”