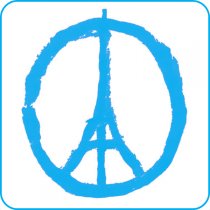 The Council of European Municipalities and Regions (CEMR), its member associations and its elected representatives firmly condemn the bloody attacks perpetrated in Paris on 13 November.

In this context, CEMR President, Annemarie Jorritsma, addressed a letter to the Mayor of Paris, Anne Hidalgo, to express her condolences. Here are some excerpts from the letter:

“Once again, the terrorists decided to hit the City of Light, the symbol of what builds our public commitment and the values that our societies share: Democracy, Human Rights, Freedom!”

“All elected representatives and members of the Council of European Municipalities and Regions join me in extending our condolences to the relatives of the victims and to all Parisians and French citizens upset by these despicable acts.”

Furthermore, CEMR expresses its solidarity with all European and global cities that were victims of terrorist attacks - such as Baghdad, Beirut, Ankara and Ngouboua - in where hundreds of children, women and men died.


The full letter addressed to the Mayor of Paris is available in French.