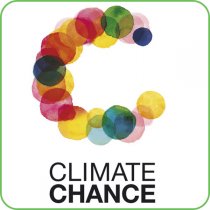 From COP21 to COP22: local and regional government’s mobilisation continues!

From 26 to 28 September 2016, Nantes is hosting the Climate Chance summit, a world summit for non-governmental actors making a transition from COP 21 in Paris to COP 22 in Marrakech in November 2016.

Thus, this Summit will enable representatives of civil society to take the first concrete lessons of the agreement is signed at COP, measure the first achievements made by States according to their commitments.

This major event will bring together thousands of participants from all over the world.

Local authorities, businesses, associations, trade unions, the scientific community and citizens are invited to this meeting, which should enable a global plan of action to be drawn up, offer more in-depth discussions on both achievements and obstacles, encourage the sharing of experiences and innovations, as well as highlight the opportunities emerging from this resolute fight against climate change.

The chosen topics, including mobility and transport or territorial planning, continue the dynamic of the coalitions of actors stablished during the World Summit «Climate and Territories» in Lyon (France) in July 2015.

The success of Climate Chance, a global summit for climate change actors, is above all based on the direct involvement of all the non-state actors. The latter are therefore invited to share their initiatives, innovations or good practices.

These contributions can be sent via the platform available on the Climate Chance website from 22 January to 7 April.

What is Climate Chance?

Climate Chance is a global summit with the aim to become a regular event for all non-state actors involved in the fight against climate change.