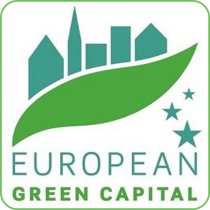 Get to know the 2016 European Green Capital

Participate in the next Handover Ceremony of the European Green Capital Award, to take place on 9 February 2016 in Brussels. This annual event marks the transfer of the European title from one city to another and this year Ljubljana (Slovenia) takes over the reins from the city of Bristol (UK). The Slovenian capital becomes the first city in Central or South-eastern Europe to hold the title.

As the new European Green Capital, Ljubljana will act as ambassador for sustainable urban development by sharing its best practices and encouraging other cities across Europe to become greener. Ljubljana will also dedicate each month of the year to a different environmental theme, including air, waste, transport, water, to name a few.

EU Commissioner for Environment, Karmenu Vella, will speak at the Ceremony, along with the mayors of Ljubljana and Bristol.

When: 9 February 2016 from 17:30 to 19:30
Venue: Museum of Musical Instruments in Brussels
The programme and the list of speakers are already online
For further information, you can contact: secretariat@euconf.eu