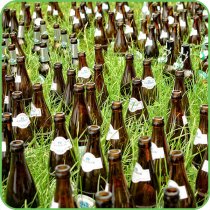 CEMR's contribution to the Committee of the Regions’ opinion

A successful circular economy will rely on local and regional governments, as they are to a great extent responsible for the daily management of waste: prevention, collection, transportation, recycling and, eventually, incineration.

Their contributions to the current discussions on the new package should be taken into account by Europe's legislators if the Commission wants to implement “circular economy thinking” on the ground, both vis-à-vis local governments and the citizens.

In view of that, CEMR participated in a public consultation on the circular economy package, organised by the Committee of the Regions (CoR), on 23 February, at the invitation of Domenico Gambacorta, President of the Province of Avellino (Italy) and CoR rapporteur. The consultation will result in an opinion paper being published and subsequently sent to the Commission.

During the public consultation, CEMR agreed with the CoR's draft opinion proposal that the transition to a circular economy should be done taking into account the partnership governance principle by involving national and regional, but also local levels.

CEMR also raised some of the issues that were already addressed to MEPs and EU stakeholders in January 2016:

CEMR and its member associations are currently elaborating a position paper to be released in the coming weeks.