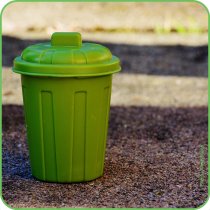 Letter to MEPs: the new package should take into account towns and regions resources and competences

We, at CEMR, were pleased to see that most our key issues that we addressed in relation to the Commission’s previous proposal of 2014, were taken into account in the first draft. For instance, the new package “includes a broader definition of municipal waste and no longer limits the definition simply to the waste that is collected by local authorities.”

But this was only a first step. Discussions between the EU Commission, the Parliament and the Council are still ongoing until a final agreement will be adopted in 2016.

In a letter sent to MEPs and relevant EU-decision makers, on 13 January, we offer our expertise as the largest organisation of local and regional governments, and open a dialogue, to:

Which CEMR's proposals were taken into account in the new package?

The letter was sent to: