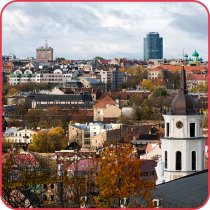 Three takeaways to ensure an effective cohesion policy beyond 2020

A change in the way EU Cohesion policy supports local and regional governments may be needed after 2020. This is one of the key messages CEMR addressed at a conference on the future of the Cohesion Policy, organised by the Committee of the Regions on 3 March 2016.

The future Cohesion Policy should involve towns and regions to a broader extent than in the previous programming period (2014-2020). To this aim, it is crucial to reinforce working partnerships between central and local governments in all phases when applying and delivering European funds: the design, implementation, evaluation and monitoring of the programmes that are to receive EU funds.

2. The cohesion policy should focus on place-based approach and territorial development

The future cohesion policy should be open and adapted to all kinds of territory, especially the less developed areas. This approach will result in a better participation of local governments in the use of the European Structural and Investment Funds for local or sub-regional projects.

The multi-fund approach is difficult to implement due to the different rules and approaches to each EU fund. Therefore, the EU should move towards a single process for application, reporting, and audit across all funds. This new approach will encourage local governments to make use of European funds in a better way than in the past.


CEMR is currently working on a statement to be published in the coming weeks. The statement will open proposal to engage in a discussion with EU institutions about alternative views on how the EU could better support the economic, social and territorial development of local and regional communities.

The EU Commission has already started developing ideas for the next cohesion policy programming period, after 2020.

Following this initiative, in December 2014, the European Committee of the Regions undertook a process of study and debate with the intention of entering the discussion on the future of the cohesion policy after 2020. The evidence gathered during the conference “The future of the Cohesion Policy” will feed into the political work of the CoR.

CEMR wants also to make an early contribution to these discussions so as to ensure that this policy continues to deliver the major benefits in an effective way.