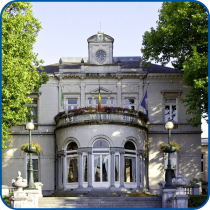 The secretaries general and directors of CEMR’s member associations met in Brussels, on 1-2 March 2016, to take stock of ongoing policy, statutory and budgetary activities.

The representative of the EU Dutch Presidency, Nicolaas Beets, was invited to address the meeting on the EU Urban Agenda and the Pact of Amsterdam. This document, to be endorsed during a meeting of EU Ministers at the end of May, should elaborate on the goals of a future EU Urban Agenda. It will be the culmination of a great deal of effort to strengthen the urban dimension in European policies.

At the meeting, the secretaries general welcomed the rapid progress made under the Dutch Presidency of the EU since January, while stressing the need to establish close coordination with the outgoing and incoming Presidencies.

Discussion then moved to CEMR’s internal affairs. Issues covered included CEMR's 2016 work programme, the preparation of the Congress of Europe’s towns and regions in Nicosia, from 20 to 22 April 2016, as well as an update on PLATFORMA’s activities.

The meeting of secretaries general and directors was held at the invitation of the Association of the City and the Municipalities of the Brussels-Capital Region (AVCB). It was also attended by deputy mayor of Ixelles (Brussels), Delphine Bourgeois, and AVCB director, Corinne François, who addressed the delegates with welcoming words.