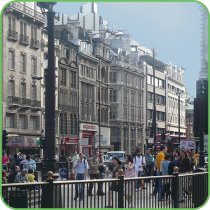 Ahead of the intergovernmental panel on climate change (IPCC) meeting, that will result in an assessment of the state of play on climate change, mayors, networks of local and regional governments and urban stakeholders worldwide call for a special report dedicated to cities and climate change:

Cities are already facing the impacts of climate change and are highly vulnerable to a range of climate hazards, including sea level rise, street flooding, landslides, droughts, epidemics and severe heat waves, which threaten the heath, well-being and livelihood of citizens. Cities are integral to fighting climate change; while they are responsible for 37–49% of global GHG emissions, and urban infrastructure accounts for over 70% of global energy use, research shows that urban policy decisions made by 2020 could determine up to a third of the remaining global carbon budget that is not already ‘locked-in’ by past decisions.

The historic Paris Agreement – the key outcome of the COP21 negotiations in December 2015 – recognised the vital role of Non-Party stakeholders, including cities, in the global response to climate change. During the Climate Summit for Local Leaders held in Paris during COP21, 440 mayors and subnational leaders pledged to “deliver up to 3.7 gigatons of urban greenhouse gas emissions reductions annually by 2030 — the equivalent of up to 30 % of the difference between current national commitments and the 2 degree emissions reduction pathway identified by the scientific community”.  Cities are already using the Compact of Mayors as a common global platform to measure their contributions to NDCs in terms of GHG reduction goals and climate mitigation and adaptation action plans. Cities are also engaged in the Covenant of Mayors initiative, in which they commit to a common greenhouse gas emissions reduction target through the implementation of sustainable energy and climate action plans.

The international community now has a huge opportunity to strengthen the momentum generated by COP21 and to drive urban policy-making, including during the upcoming Habitat III conference in October 2016. An IPCC Special Report on Cities and Climate Change would serve to clarify the potential governance, policy, and financial instruments to support mitigation and adaptation actions in urban areas, where more than half of the world’s population live.

Such a comprehensive, global, and authoritative resource on cities and climate change represents a significant opportunity to simultaneously advance scientific knowledge, policy, and leadership at local, national and global levels. With the support of the worldwide community of city practitioners, such a report will certainly be a milestone in IPCC history.  That is why we call all members of the IPCC to vote for a Special Report on Cities and Climate Change during the IPCC 43rd session next week in Nairobi.

The proposal for a special IPCC cities-focused report, submitted by the South African government, has received public support from Joan Clos, Executive Director of UN-Habitat, as well as a letter of support from Mayor of Rio de Janeiro Eduardo Paes, Chair of C40; Seoul Mayor Park Won-Soon, President of ICLEI; and Mayor of Istanbul Kadir Topbas, President of UCLG. It has also received positive feedback from key international organizations, including the World Climate Research Program, UNESCO and IPCC Co-Chairs.

Submit a request to your national government, calling for an IPCC Special Report on Cities and Climate Change, through a phone call or email to your country’s IPCC National Focal Point. In addition, please join the social media campaign urging urban citizens to appeal to their national governments to vote for this report.