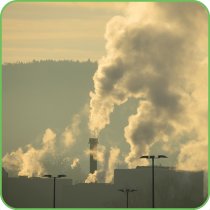 "We need fair rules that apply to all private companies across Europe, particularly those in the automotive industry. Let us not forget that the WHO has found that vehicle emissions are responsible for 75,000 premature deaths in Europe every year."

With this message, 20 European mayors launched in March a citizen petition calling for stricter European legislation on air pollution which rather meets the needs of citizens instead of those of industrial lobbies.

Last October, the European Parliament failed to veto a proposal allowing vehicle manufacturers to exceed the emission limits set by European legislation. This decision would therefore give the green light to new diesel vehicles to exceed the emission thresholds for nitrogen oxides (Nox) by 110%. This situation will have terrible consequences for cities and, especially, on citizens' health.

CEMR endorses the European mayors’ call and is mobilising its national associations to give greater visibility to the petition.

The signatories of the petition “Air pollution: Prioritise the health of citizens over that of industrial lobbies” include: the cities of Paris, Brussels, Madrid, Copenhagen, Oslo, Lisbon, Stockholm, Vienna, Warsaw, Athens, Amsterdam and Nicosia.