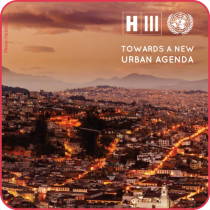 The Habitat III Secretariat just released the zero draft of the new Urban Agenda on May 6. Although the final document will only be adopted at the Habitat III Conference taking place in October 2016 in Quito (Ecuador), the circulated draft does represent a positive first step, in line with the Declaration of CEMR and PLATFORMA and the Key Recommendation of the Global Task Force (GTF) for Local and Regional Governments (LRGs).

CEMR and PLATFORMA particularly welcome the commitment to expand the opportunities for international cooperation, through city to city, North-South, South-South initiatives. Moreover, the document makes a strong case for effective working partnerships between the national and sub-national governments throughout the entire policy cycle, as well as for providing LRGs with adequate funding to carry out their responsibilities.

However, the zero draft does not sufficiently address the issue of towns and regions’ accessibility to sources of Official development assistance (ODA), the majority of which is channelled through international agencies and NGOs, often without much coordination with local government in partner countries. CEMR and PLATFORMA also support smaller-sized grants and sub-granting schemes, which are much better adapted to LRGs’ capacities and increase the likelihood of successful implementation. Beyond the importance of innovative funding, decentralised cooperation should be recognised an effective instrument of capacity-building for towns and regions.

Moreover, as raised by the GTF’s initial reaction to the zero draft, CEMR and PLATFORMA would like the draft to include a more far reaching concept of Right to the City in the action part of the document and to explicitly refer to consultation and participation mechanisms for LRGs to engage in the governing bodies of a UN Habitat. Finally, decentralization cannot be dissociated from local democracy, which is largely absent from the draft. The promotion of the latter needs to be at the core of the new Urban Agenda.

The road to Quito will remain one of the key priorities of CEMR and PLATFORMA for the upcoming months, starting with the Informal Hearings with Local Authorities on 16-17 May in New York. Our representatives: the Councillor of Malmö (SALAR) and CEMR spokesperson on urban affairs, Ilmar Reepalu, the Vice-Mayor of Cologne (Germany), Andreas Wolter, and CEMR Secretary General, Frédéric Vallier, will be there to raise the profile of decentralised cooperation as an important instrument for the implementation of the new Urban Agenda.