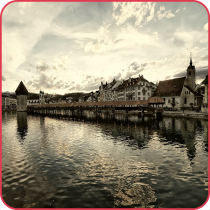 CEMR and PLATFORMA believe that the Habitat III process is key in rethinking sustainable urban development. The process represents a timely recognition of local and regional governments’ central role in it. The Council conclusions on Habitat III adopted on 12 May lay the basis for a positive engagement of the European Union in the process, reflecting many of the demands included in CEMR and PLATFORMA’s Declaration on Habitat III as well as in the Key Recommendations of the Global Task Force (GTF) for Local and Regional Governments.

CEMR and PLATFORMA particularly welcome the importance given to the involvement of local authorities and their representative local government associations at all stages of the policy cycle in a well-designed system of multi-level governance. CEMR and PLATFORMA welcome the reference to the Urban Agenda for the EU which will be adopted on 30 May in Amsterdam at ministerial level.

However, building on the initial reaction by the GTF on the “Zero Draft” of the Habitat III outcome document, CEMR and PLATFORMA reiterate the need for a special status for local authorities within the governing bodies of the United Nations and UN Habitat. It also points out the question of LRGs’ access to sources of official development assistance, most of which is channeled through international agencies and NGOs.

CEMR and PLATFORMA also regret that the Council’s conclusions omit the “right to the city” concept, which refers to cities as common assets based on equity, democracy, sustainability and subsidiarity. Finally, the Council conclusions are silent on the composition of EU Member States’ delegations to the Conference in Quito (Ecuador), whereas LRGs should be present in all stages of policy making.


The road to Quito will remain one of the key priorities of CEMR and PLATFORMA for the upcoming months, starting with the Informal Hearings with Local Authorities on 16-17 May in New York. Our representatives: the Councillor of Malmö (SALAR) and CEMR spokesperson on urban affairs, Ilmar Reepalu, the Vice-Mayor of Cologne (Germany), Andreas Wolter, and CEMR Secretary General, Frédéric Vallier, will be there to raise the profile of decentralised cooperation as an important instrument for the implementation of the new Urban Agenda.