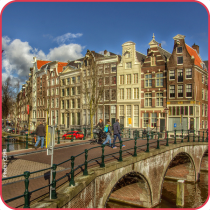 The adoption of the Urban Agenda for the EU will definitely help towns and regions face current urban challenges – i.e., migration, housing or urban poverty. How? By leading to greater coherence in EU policies that affect urban areas, namely, by ensuring there is an urban dimension in EU policies and by involving them when shaping EU legislation. However, without the support of European institutions and Member States to ensure its continuity, the Urban Agenda will remain only a political declaration.

This is the message CEMR addressed during the meeting of EU ministers for urban affairs that adopted the Pact of Amsterdam, on 30 May. On this occasion, CEMR put forward three reasons why Member States and EU institutions must guarantee its implementation beyond the Dutch EU Council presidency.

About 70% of the EU population lives in urban areas, where most European legislation is implemented, for instance, in air quality, energy efficiency or state aid. Nevertheless, local governments currently play a very limited role in shaping this legislation.

If implemented, the Urban Agenda will ensure better access to EU funding sources to municipalities. It will also ensure municipalities’ contribution in shaping EU lawmaking, for instance, by systematically assessing the impact of EU policies in our territories, so as to ensure that the local perspective is reflected in EU policies. Talking on behalf of CEMR, Councillor of Malmö (Sweden) and CEMR spokesperson on Urban Affairs, Ilmar Reepalu, claimed: “there is a clear link to the Better Regulation Package of the European Commission which pursues the objective to improve the European legislation.”

To truly reflect Europe’s diversity at the local level

The EU is made up of 92,261 towns and cities, 913 provinces and counties and 349 regions. Despite such diversity, in many cases, “larger cities may already have capacities to access information, to invest time in seeking to shape policies and to access EU funds; while smaller municipalities often lack the resources to get engaged,” points out Ilmar Reepalu. This is why including all types of local governments - small, medium and large cities - in the Urban Agenda represents a step forward for the EU to reflect the diversity that exists on the ground.

The European multilevel governance model should be encouraged abroad

The Urban Agenda, as it has been adopted by EU ministers for urban affairs, represents what CEMR has been promoting over the past years: the concept of multilevel governance. “As President of the Council of European Municipalities and Regions, I am proud of having contributed to achieve establishing this new governance in partnership model we fought for,” declared CEMR President and Mayor of Santander, Iñigo de la Serna, in a message addressed on the occasion of the launch of the Urban Agenda.

With respect to current negotiations on global sustainable urban development, CEMR President stated: “The United Nations is currently debating a similar global urban agenda – Habitat III. This is why CEMR calls from Member States to establish the same system of governance in partnership also during international negotiations.” CEMR believes that, if the EU is serious about multi-level governance and if it wants to be coherent at the international level, it should encourage its Member States to include representatives of urban areas in their delegations to the UN Habitat negotiations.

A press release from the Comittee of the Regions is available in: