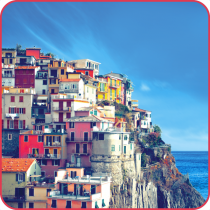 Which role for local and regional governments? Join us at the European Parliament to discuss it

The role of towns and regions in the consultation process of Habitat III should be strengthened, will argue participants to a seminar co-organised by CEMR, PLATFORMA and the European Parliament URBAN Intergroup on 21 June in Brussels.

The so-called New Urban Agenda will be adopted at the UN Habitat III Conference, in October, in Quito (Ecuador) and will set the priorities towards a global strategy on urbanisation for the next 20 years.  As members of the Global Task Force (GTF) for local and regional governments, CEMR and PLATFORMA, already called for local governments to get a seat at the table of the negotiations table.

The event will be introduced by:

Should you want to participate, please register online by 13 June 2016 at 16h. For further information you can contact pedro.bizarro@ccre-cemr.org.

The European Parliament URBAN Intergroup brings together 90 MEPs representing most EU Member States, all the Parliament’s political groups and working in all the parliamentary committees. It collaborates with 120 partners from the local, regional, national and European level that represent the interests of Europe’s towns and cities, or work in fields relevant for urban development.