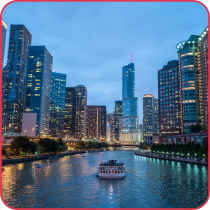 Citiscope, a leading media on local issues, interviewed CEMR secretary general Frédéric Vallier on the New Urban Agenda. Among with 24 other thinkers and experts, Frédéric Vallier answered 5 “Questions of the day” on the outcome of Habitat III. Here are a few highlights of the interview:

1. What do you think is the most innovative or transformational idea in the New Urban Agenda?

To us there are two innovative ideas in the New Urban Agenda. The first one is the fact that UN member states have officially committed to ensure appropriate fiscal, political and administrative decentralisation based on the principle of subsidiarity.

Towns, cities and regions are best placed to ensure better provision of services (public transportation, health care, housing, education, etc.), adapted to their citizens’ needs. If we want them to be in full capacity to implement the New Urban Agenda, they must have adequate, stable and predictable funding, and this can only be guaranteed by further local autonomy, for instance, to raise local taxes.

A second innovative proposal is the recognition of local governments as well as their representative associations, including CEMR and UCLG, as promoters of capacity development. International and national networks can gather the voices of local governments worldwide on the global stage as well as make sure  that cities of all sizes take part in  the global arena, and at all stages of the decision-making process.

2. Is there a key issue that you think is missing from the New Urban Agenda, or one that is seriously under-defined? If so, what is it?

I was surprised that the role of towns and regions in the design and review of the Urban Agenda was a sticking point during the negotiations. However, we eventually managed to get it in the final document, and that is great news! Now, what is still missing, is to know to what extent this recognition will make a real difference on how central and local governments’ cooperation will work on the ground. UN member states should not only take into account the role of local governments, but rather specify how they are going to integrate them when designing their national strategies.

Another missing aspect is the one related to funding. The text does make a great commitment on the access of cities to international funds. But we want the international community to go a step further, and create new global financing instruments for sustainable investments at local level - including global fund for infrastructures, basic services and housing. Access to climate finance needs to be improved, too. Moreover, it is crucial to provide local government with the necessary mechanism to organise their own fiscal resources, to ensure their own economic development.

3. How and when do you think we will best be able to rate the success of Habitat III — and how would you define that success?

The success of the new Urban Agenda should result in a renewed local and national partnership and further fiscal, political and administrative decentralisation process to ensure positive impacts on cities: better service provision and improved democratic practice.

For instance, by being able to raise local taxes, towns and regions worldwide would enjoy enough autonomy to ensure better service provision

Besides, cities must be at the global table and fully involved in global negotiations, as they are engines of growth for their nations and in charge of improving their inhabitants’ lives. To renew the relationship between local governments and the UN would therefore be a key element of success. That could be done, for instance, by ensuring local government representation in all member states’ delegations in Quito, as they are with the Netherlands, Sweden and Germany; or by granting a seat to local government as United Nations observers – not just sharing a seat with civil society.

4. What do you see as the biggest obstacles for the implementation of the New Urban Agenda?

We are delighted that member states have committed to work hand in hand with local governments to implement the New Urban Agenda. However, what is on paper is just the first step. The text does promote cooperation, but it doesn’t specify how this cooperation will look like on the ground and how it will be supported. Let me recall that the Urban Agenda is not simply about funding cities, but also about giving local governments a true role in the conception of urban development policies that will serve citizens.

Another obstacle that I see is the definition of indicators. What we absolutely want to avoid is a situation where local governments have to work with a huge number of indicators they are not familiar with and that are not adequate. Therefore, we believe that it only makes sense to create indicators with local government’s input as well as that of the public sector and researchers. Moreover, taking into account the many global sustainability agendas that were defined in the past months (climate, sustainable development, disaster risk reduction, etc.), it will make sense to simply link up the implementation and follow-up of all these global sustainability agendas.

5. The New Urban Agenda is supposed to guide global urbanisation for the next two decades. How do you hope the world’s cities will have changed at the end of that period?

Two decades is a short period of time in the history of a city, but it also long enough for a lot of change. The city we want should be inclusive, equal, transparent, sustainable, and green and where all inhabitants can help shape public life.

Anyhow, this is what we have been advocating for in the last year by pushing for the inclusion of the concept of the “Right to the City”.  It promotes the fact that everyone should have access to the resources, services, goods and opportunities that their city brings in a fair, universal, democratic and sustainable way.