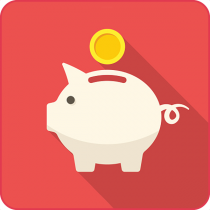 CEMR takes the issue to the Commission: towns and regions need financial flexibility

We took the issue to the Committee of the Regions a few weeks ago, and we have now taken it to the EU Commission: European towns and regions need more flexibility for investments. Excessive rules on debt imposed by European national governments will not allow towns and regions to make the investments they need. CEMR therefore decided take the issue before the EU Commission on 25 October – here is what happened.

The meeting: who was there

What CEMR explained to the Commission:

Many towns and regions need to make investments – for instance, in public infrastructure for roads and schools – but states will not let them because of their rules on debt. States do not allow local and regional governments enough flexibility, which can seem puzzling, as local debt is generally much lower than national debt. For instance, in Belgium, local debt is at about 5% of the GDP, whereas national debt is at 106%. This means that many crucial investments at local and regional level have to be postponed.

Nobody benefits from the current local debt and investment rules.

The Commission can make this change: it can create a Country Specific Recommendation to maintain a minimum level of local public investment. If the Commission does this, it can really help boost investments all over Europe.

How the Commission reacted: what about subsidiarity?

The Commission argued that this is a state issue, which should be discussed and decided upon at national level. CEMR disagrees. The capacity for European local and regional governments to invest is a deeply European issue, as it affects towns, regions and EU citizens from all around the Union; this issue is not limited to one state.