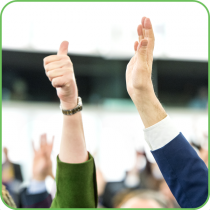 MEPs vote for more ambitious targets towards a circular economy

The European Parliament Committee on Environment (ENVI) voted on 24 January to improve the circular economy package presented by the European Commission in 2015.

This report was presented by MEP Simona Bonafè, rapporteur on this issue, and includes four EU directives on waste, landfills, packaging and vehicle, battery and electronic equipment recycling.

MEPs' vote largely improved the Commission’s proposals as they call to:

ENVI’s vote constitutes a first step towards the negotiations with the European Commission and Council.

Ahead of today’s vote, European associations of local and regional governments, namely CEMR, EUROCITIES and Municipal Waste Europe came together to put forth six proposals for better local waste management in Europe.

In their common position, the three networks stress how towns and cities, as public service providers, have extensive experience in sustainable waste management, and could help achieve a circular economy in Europe.

The three networks will gather on 31 January at a joint conference at the European Committee of the Regions (CoR) to discuss the result of today’s vote and to assess in how far towns and regions’ needs are taken into account by EU institutions.

The conference will showcase experiences from front-running local and regional governments that make the circular economy work on the ground.

The European Parliament as a whole will vote on the circular economy package on 13 March.