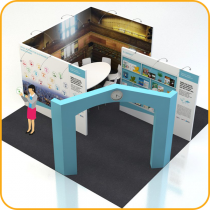 PLATFORMA joined forces with AIMF, CLGF, UCLG & UCLG-A to create a City Hall at the European Development Days 2017 (7-8 June, Tour & Taxis, Brussels). We are waiting for you on our “Global Village City Hall” interactive stand!

The “City Hall” stand is right at the middle of the EDD Global Village! It is divided into four clear areas:


At EDD17, PLATFORMA is also organising the “Let’s team up for climate!” brainstorming session (7 June, 18.00-19.15). The French association of the Council of European Municipalities and Regions (AFCCRE) and Cités Unies France (CUF) are co-organisers. Discover more about the session on EDD17 website.

Register to EDD17 before Saturday 20 May to secure your place!