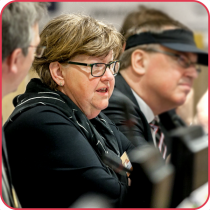 New alliance born to defend the future of cohesion policy

"Cohesion policy is an instrument that demonstrates to the people that the EU cares about them and that all levels of government can team up to tackle current challenges. Giving up cohesion policy would mean the EU would deprive the European project of much of its substance.”

Mayor of Sala and CEMR spokesperson on cohesion policy, Carola Gunnarsson, vigorously defended cohesion policy and its importance for the future of Europe at the “Alliance on the Future of Cohesion Policy in the EU” event at the European Committee of the Regions on 18 May.

The involvement of towns and regions in the design and delivery of cohesion policy is an undisputable necessity for fair and balanced territorial development in Europe. During the event, Carola Gunnarsson laid out three paths showing how this should be achieved.

Firstly, cohesion policy should be based on common EU goals steering all European territories and countries towards shared sustainable goals. Secondly, central-local working partnerships have to be reinforced. Finally, the elements contained in the current Code of Conduct on the Partnership principle should from a legally binding part of the future regulation.

Cohesion policy also has strong allies defending it within the EU institutions: Commission Director-General for Budget, Nadia Calviño, stressed there is “absolutely no doubt about the added value of cohesion policy: prosperity, multilevel governance and economic stabilisation.” European Investment Bank director, Werner Schmidt, even added: “Cohesion is in the heart of the bank’s policy since its beginning. We have a very strong commitment to it.”

This event was also the opportunity to announce that although cohesion policy may be under threat; CEMR, as well as many other stakeholders, are determined to make sure it is not sacrificed in the post-2020 EU budget: we have therefore formed the Alliance on the future of cohesion policy in the EU.

“Through this alliance, mayors and regional leaders want to keep a strong cohesion policy that is able to respond to our citizens’ needs,” stated Carola Gunnarsson. Its first members are the European Committee of the Regions, CEMR, AEBR, AER, CPMR and EUROCITIES.

All photos of the event are available here: Alliance on the Future of Cohesion Policy.

Traduire
On the same day, members of the European Parliament’s Committee on Regional Development adopted key proposals on how to improve the post-2020 cohesion policy.