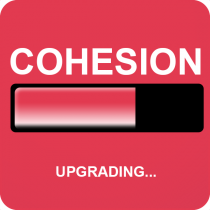 The question is on everybody’s lips: what will happen to cohesion policy at the next EU budget review in 2020? The Council of European Municipalities and Regions offers 14 ways to improve cohesion policy for the future.

One of the most important aspects that need to change is access to funding: the five current funds should be organised within one single regulation, which would avoid the current gaps and overlaps between them. This simplification would also make it easier for local governments to actually access funding, as many do not have the capacity to work through the red tape of such a complex system.

Another key point is to secure a budget for cohesion policy, as some voices are questioning its very existence. Not only to keep up commitments made towards towns and regions, but also to keep up international commitments. This avoids having contradictory targets, and means that the cohesion policy budget must be in line with international agreements signed by the EU, such as the Agenda 2030, the Sustainable Development Goals, the Paris Climate Agreement or Habitat III. Local governments cannot be expected to reach ambitious targets if they are deprived of the necessary resources.

These are 3 of the 14 recommendations to the EU for the future of cohesion policy. They were adopted at CEMR’s Policy Committee meeting in Chios, Greece, on 13 June. At this occasion, mayor of Salar and CEMR spokesperson on cohesion policy, Carola Gunnarsson, made the following statement: “Europe is being tested on many fronts. Migration, low growth, Brexit and the continuous rise of populist parties all over Europe casts new doubts on its future and what added value it brings to Europeans. In a time of uncertainty, the commitment to a territorially balanced and locally relevant cohesion policy is more important than ever.”

European Parliament: on the right track for the future of cohesion policy

Cohesion policy may still be under threat, but there is good news: on 13 June, the European Parliament adopted a report, “Building blocks for a post-2020 cohesion policy”, which is very much in line with what Europe’s towns and regions need.

With this report, the European Parliament makes it loud and clear that Europe needs a strong and coherent cohesion policy: it calls for a reinforced partnership principle, an integrated approach, and simplification of access to EU funds for local governments. CEMR will keep working in close cooperation with all institutions in the coming months, until the Commission’s proposal and beyond.

Cohesion policy has strong allies. In fact, a new alliance was born to defend the future of cohesion policy on 18 May. Its first members are the European Committee of the Regions, CEMR, and other associations of local or regional governments. Join the discussion and get the latest updates on the alliance on Twitter, with the hashtags #CohesionAlliance and #CohesionPolicy.