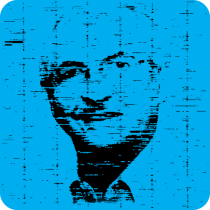 CEMR condemns the climate of violence in Caracas and Venezuela

“We condemn in the strongest way possible the abduction of our colleague, Antonio Ledezma, as well as the former mayor of Chacao, Leopoldo López. This situation is unacceptable.” Patrick Klugman, deputy mayor of Paris and Human Rights special envoy for the Council of European Municipalities and Regions, reacted with these words. “We ask the Venezuelan authorities to guarantee their security and free them immediately.”

The Council of European Municipalities and Regions (CEMR) is closely following the course of events in Venezuela and condemns the violence that has been growing there for many months. The executions that took place these past few days make us fear the worst for this country, which is facing an unprecedented political crisis.

We therefore call on European and international authorities to put pressure on the Venezuelan government to ensure Human Rights are respected in the country, and for negotiations to start between the parties concerned to guarantee a return to civil peace.

In 2015, CEMR denounced the arrest of several local elected representatives who were members of the opposition. Namely, the mayor of Caracas, arrested with no other charge than a political motive. Having been under house arrest for the past two years, Antonio Ledezma was arrested in the night of 31 July by government special services. No information was given on where he was taken.

We extend our friendship to his family and to the families of all the victims of violence in the country. Our solidarity also goes to the Venezuelan people, who endure this violence every day, as well as an economic crisis which is unbearable for the most vulnerable among them.