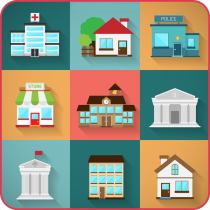 But don’t just take our word for it: on 9 October, the European Commission published the 7th Cohesion Report, which proves our point in many ways. Our adviser on the issue, Marlène Siméon, walks you through it.

The report also shows that cohesion policy created the right environment for jobs and skills and boosted the economy when needed. In fact, the Commission says that skills should be one of the investment priorities for cohesion policy in the future and we could not agree more. Commenting on this, Marlène stresses that better skills for citizens means better chances of finding jobs and generating growth. Enhanced skills also help reduce poverty, youth unemployment and social exclusion. With a strong cohesion policy and training, this becomes possible.

Cohesion should help address the challenge of depopulation

For the first time, in 2015, deaths outnumbered births in the EU. As striking as this is for the whole continent, explains Marlène, not all regions are equal when it comes to population growth. Some face serious difficulties with depopulation. But we have high expectations: with a strong cohesion policy, these regions can build innovative solutions and develop the necessary services and facilities for jobs and well-being, thereby attracting more investments and people. We are convinced that this focus would narrow down territorial disparities..

Investment rules should be more flexible

Some people claim that municipalities and regions should invest more. But how are they supposed to do that when EU fiscal rules prevent them from investing? When local governments borrow, their investments count as government debt, so they’re not allowed to invest. If we want our economies to grow, the co-financing for structural funds should not be counted in the debt, as it is dedicated to productive investments.

Focus on the future

More positive developments, indicates Marlène: the report underlines the need for a single set of rules for all structural and investment funds to ensure more coherent investments and simplification. CEMR and its associations have always supported this. That’s the way cohesion policy should move forward in the future.

Getting back in touch with territorial reality

At the moment, the priorities of cohesion policy are often out of touch with the real needs of municipalities and cities. Priorities should be clearly identified according to local  specific needs. For example, a municipality might need funds for social inclusion through sport and culture, and not just technological innovation.

Also, to increase the impact of the funds and the money being used, the EU should focus on strengthening the capacity of all municipalities and regions (and not only Managing Authorities).

Finally, if you live in a European municipality or region, you are directly affected by cohesion policy. CEMR believes the debate on the future of cohesion policy should go beyond the EU institutions’ halls. It should take place in the territories themselves, the ones cohesion policy is actually about. That’s why we are proud to be launching local dialogues with the support of DG REGIO: a cycle of 60 debates on cohesion policy taking place across European regions in eight Member states in the coming months.

The amount of money the EU spends in different fields is defined within the Multiannual Financial Framework (MFF) which covers a period of seven years. The next seven-year MFF period (the EU’s spending plan) will start in 2021. It is a huge step, and we want to make sure it includes a strong cohesion policy, for all our municipalities and regions.

Join the alliance for a strong cohesion policy beyond 2020: the Cohesion Alliance.

- Our position paper, The future of cohesion policy: a simplified and integrated approach, written by Marlène Siméon.

- Our reaction to the EU reflection paper on future EU finances.

- CEMR's position paper on the future of Europe.