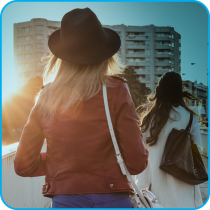 How can our towns and regions' public spaces be made safer, both in the physical and virtual world? We will be addressing this issue during a session at our conference on Equality, Diversity and Inclusion in Bilbao, which is taking place from 11 to 13 June.

Gender  equality  is  not  only  a  democratic  principle  and  a  human  right,  it  is  also  a  fundamental requirement for the equal sharing of power and justice and for the well-being of our societies in general. Safe public spaces are a central part of this.

We will explore issues linked to public space and safety, both online and on the ground. We will discuss how to take urgent action at all levels of governance to prevent violence  against  women  and  girls,  assist  victims  and  survivors,  hold  perpetrators  accountable, and  raise  awareness  about  all  forms  of  violence  against  women,  with  a  view  to  changing attitudes  and  behaviours.

During this two-part session, panellists will share their perspectives on how public spaces  can be managed and put to work in favour of  gender  equality and the actions that local and  regional governments can take to prevent and address harassment. One particularly interesting discussion will be on a form of public space that did not exist for previous generations: the internet.

This discussion will take place on 12 June at 10 am. It is the second part of two-part session (the first part is on Participation, Politics and POWER).

What about our other sessions? Stay tuned: we will be running a focus article on each session once a week until the conference. In the meanwhile, you can check out the detailed programme here.