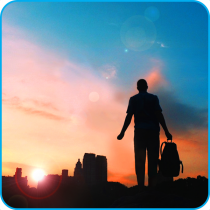 Local governments around Europe received President Macron’s proposal with great interest and enthusiasm. In the European Parliament’s plenary session on 17 April, the French head of state proposed the creation of a European program to fund local governments that host refugees.

Reacting to this proposal, the Council of European Municipalities and Regions’ (CEMR) Secretary General, Frédéric Vallier, stated: “We are ready to work with the European Parliament and the Commission to define and outline the support that should be provided to local governments to host and integrate refugees. We have the ambition to build, with our members – national associations of local government – a direct funding programme for local governments which answers the needs linked to this critical issue.”

In order to contribute to the debate on the EU’s future spending plan (Multiannual Financial Framework), CEMR and its member associations also put forward several solutions on how to improve the use of EU funds in the field of migration.

Local government’s involvement in this field is nothing new: towns and regions have already been calling for better funding to host and integrate refugees for several years.

In 2016, mayors and local and regional elected representatives from all over Europe joined CEMR’s call to urge member states to keep their promises in terms of asylum policy and integration.

This call includes a series of concrete solutions in the face of emergency, but also contains answers to local government’s needs in terms of integration. Local governments are indeed on the front line when it comes to the social and educational support of refugees, as well as their accommodation.

As President Macron stressed, hosting refugees is “one of the issues on which we need to achieve tangible results”. The ball is in the court of member states, the Parliament and the Commission.

The OECD and the European Commission have just released a report on migrant integration entitled Working Together for Local Integration of Migrants and Refugees. The document presents a 12-point checklist, a tool that any city or region in Europe can use to work across levels of government and with other local actors in their efforts to ensure more effective integration of migrants. CEMR has greatly contributed to this report.