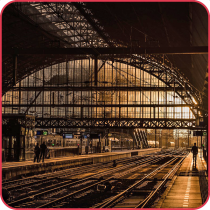 CEMR reaction on the future of regional development and cohesion policy

CEMR welcomes the European Commission’s proposal for the new regional development and cohesion policy beyond 2020, recognising that a number of our key issues, expressed in our position paper, were taken into considerations. However, some elements remain for discussion with the European Parliament and the central governments in the coming months of negotiations.

We appreciate that all regions will remain eligible to receive funding: less-developed, transition and more developed regions; and that the Commission within the five policy objectives includes one on “a Europe closer to its citizens by fostering the sustainable and integrated development of urban, rural and coastal areas and local initiatives”. Nevertheless, CEMR believes that all policy objectives need to contribute to a sustainable development of the territories, taking into account their specificities and their particular needs.

CEMR also welcomes the wider focus of urban sustainable development, which foresee 6% (instead of 5% in the current period) for community-led local development (CLLD) and integrated territorial investments (ITI) – two initiatives that CEMR has been advocating; and the fact that all urban areas shall be covered allows also small and medium-sized cities and towns to apply for funding.

On the other hand, we regret that there is no substantive reference to the Sustainable Development Goals (SDGs) neither in the General Provision Regulation nor in the ERDF – CEMR has been promoting the idea of the SDGs as an overarching strategy for the future cohesion policy. We also deplore that the proposed there will be no single rulebook for all funds, only amounts to  harmonised guidance, which in practice will not have the same effect as integrated common rules for the ERDF, ESF and EAFRD.  In fact as EAFRD is now outside the Cohesion structure the Integrated Territorial Development dimension of the funds has been weakened as a result.

CEMR is keen to move forward and ensure that the good elements of the present programming period, including Partnership and Multilevel Governance, are strengthened in the forthcoming negotiations.

CEMR president, Stefano Bonaccini, declared in this regard: “The European Commission’s proposal is a step into the right direction, although it does not provide a truly integrated approach of all EU relevant funds.

Nonetheless, we acknowledge that the European Commission had a difficult time in preparing this proposal against competing demands when Cohesion Policy and its budget was put in serious doubt. We will ensure that the new 2021-2027 proposals work for the local and regional levels.”