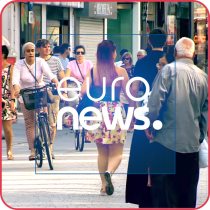 Migrant integration is a real challenge for many European towns and regions. In Belgium, one mayor stands out: mayor of Mechelen Bart Somers, who was awarded with the 2016 World Mayor Prize for his achievements in the field of migrant integration. To find out how towns can make migrant integration a success, Euronews decided to interview Mr Somers as well as CEMR Secretary General, Frédéric Vallier.

You can watch (or read) the interview below. It is also available in French, German, Hungarian, Portuguese and Spanish.
Mechelen, a city in Flanders, is home to 90,000 people from 130 nationalities.

Back in 2016, the mayor, Bart Somers, won an award, the World Mayor Prize - recognising his achievements in welcoming and integrating immigrants.

There's been a drive to bring refugees and residents together - to create trust and respect on both sides.

"We live in an kind apartheid reality, we all speak a lot about the benefits of diversity but then how many people of different backgrounds do you really know in your life? So fighting segregation for me is very important to create a community of citizens of Mechelen," explained Bart Somers.

More than 20,000 Muslims have their home in the city, more than in the whole of Hungary. The Mayor says a safe environment has helped to counter any far right drift.

Somers said: "If your city has too much criminality and the streets are dirty, people will blame two groups: democratic politicians, and they will look for extremist alternatives. Secondly they will blame migrants. Because who is responsible for the decline of our town? Of course the newcomers!"

There's been a real turnaround in Mechelen, once a place known for crime and poverty. Now it's ranked among the best places to be.

Euronews' Elena Cavallone reported from the city: "Mechelen is a good example of social integration, nevertheless in order to achieve this result, European cities have to face many challenges such as extra burden on public finances and resources, lack of international coordination and sometimes political backlash."

European solidarity is at the heart of today's political debate. And, while reception policies are decided at national level, it is those working at a local level who must provide the services and support. There are calls for systemic changes to recognise that.

"The problem is that States consider that the reception of migrants is their responsibility and that’s true," commented Frédéric Vallier, Secretary General of the Council of European Municipalities and Regions.

"Nevertheless, when people arrive, the municipalities are those that have to face hosting, emergency, and accommodation issues. But that's why we call for a (European) budget dedicated to local authorities who are willing to welcome refugees, who agree to support them in their activities."

Migration has become a political hot potato in the EU. As governments work out how they will deal with future flows, it's the local authorities who will continue to support those moving into and around Europe.