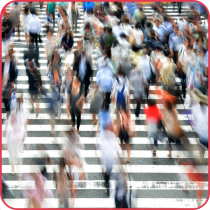 ​We can still reach a cohesion policy that responds to cities, towns and regions’ needs

This opinion article was originally published in The Parliament Magazine, a fortnightly magazine covering European Parliament news, opinion and comment. You can read the full magazine here.

We are now entering the final phase of the discussions on the future of Cohesion Policy. Budget cuts, investment priorities or conditionality, are some of the key issues guiding the negotiations on how €373 billion should be spent over the next 7 years.

This is definitely not an easy decision, because cohesion policy is not just about money. Nor is it a way to balance the EU budget. It is grounded in the Treaties and is therefore part of the DNA of the European Union.

Furthermore, cohesion policy makes the EU visible to the people and it can make a real change in the life of EU citizens, by helping reduce inequalities and by focusing funding on pressing challenges, such as climate change, youth unemployment or the digital divide. Through cohesion policy, towns, cities and regions can make real achievements on these issues that have a direct impact on people’s lives.

Therefore, we are delighted that the Commission’s proposals for the future of cohesion policy include the creation of a single set of rules, allowing the combination of different European funds and simplification of access to EU funds for local governments. This is what the Council of European Municipalities and Regions (CEMR) and its member associations have long called for.

Nevertheless, several proposals could threaten cohesion’s nature. They need to be reconsidered and we believe that there is still time to do so, before the European elections in 2019.

Firstly, we believe that budgetary cuts, as proposed by the Commission, will definitely impact cities, towns and regions, who have been relying on these funds to achieve commonly agreed objectives, such as energy transition and mobility.

Furthermore, it risks giving people the impression that the EU has lost interest in supporting their daily lives and the development of their communities. For these reasons, at CEMR, we strongly believe that cohesion budgetary resources should be safeguarded.

Secondly, rural areas are among the driving forces of regional development. We should not forget this! This is why the Commission’s proposal to allocate 6% of the European Regional Development Fund to sustainable urban development is definitely a positive step, but peripheries, smaller-medium sized, villages and rural areas should not be left behind. Likewise, the final cohesion package should boost cooperation between urban areas and rural areas, to ensure that all territories truly benefit from this policy.

In addition, we were surprised that critical challenges, such as depopulation and ageing, were overlooked in the Commission’s proposal. The future cohesion policy should address the challenges linked to demographic trends.

Finally, clearer and stronger wording is needed to ensure that partnership between local and central governments will be enforced throughout all the relevant regulations. Europe’s towns and regions and their representative associations must play a meaningful role when designing and delivering EU funds.


Stefano Bonaccini, President of Emilia Romagna and of the Council of European Municipalities and Regions