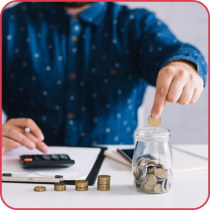 Ten years after the crisis, local governments are still not free to invest

“Where central government didn’t have the money, they passed the job to local governments.” The problem is, they transferred the competences, but not the resources. Cheltenham councillor, Local Government Association member and CEMR spokesperson on local finance, Flo Clucas, was referring to the aftermath of the financial crisis of 2008 and its impact on local government. She was speaking at a conference on Subnational finance and investment ten years after the crisis, organised by the Committee of the Regions and the OECD on 12 November in Brussels.

The financial crisis happened ten years ago, and yet, its effects are still felt throughout many local governments across Europe. They are under heavy financial pressure, and there is urgent need for public investment. However, investing at local level has been made very difficult.

Member  of  the  Committee of the Regions, Chair of  the  ECON  Commission and Member  of the Walloon Parliament, Olga  Zrihen, supported this view. She specified that “because of the crisis, there was a drastic reduction of local investment. Investments are insufficient, and therefore pose a threat to the EU concerning its capacity to innovate and to answer to its citizens’ needs.”

The need for more flexibility and decentralisation also made sense to the OECD. As the Deputy director of the center for entrepreunership, SMEs, Regions and Cities (CFE) of the OECD, Joaquim Oliveira Martins pointed out, “fiscal decentralisation has a positive impact on the economic performances of local investments.”

The moral of the story is: central governments should make their fiscal rules more flexibles so that local governments can invest. It’s urgent!