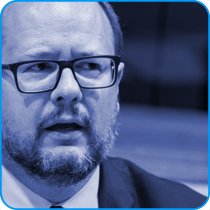 The Council of European Municipalities and Regions expresses its deepest sympathies after the deadly attack which cost Pawel Adamowicz’s life, who was mayor of Gdansk since 1998. Pawel Adamowicz spent his life defending freedom and democracy, and paid for his unfaltering commitment with his life.

This horrific crime reminds us just how fragile our values can be in the context of a democracy which has been damaged by extremists, by the enemies of freedom and human rights.

“With Pawel Adamowicz’s death, all local and regional Europe is in mourning,” stated CEMR President Stefano Bonaccini, who is also President of the region of Emilia Romagna.

“In the name of all of Europe’s local leaders, I wish to extend my condolences to his family, to the citizens of Gdansk, to his friends and to his colleagues from the Association of polish cities and from the European Committee of the Regions where he had a seat since 2011. Nothing can ever justify violence against an elected representative in a democratic society. I call upon all authorities to express their solidarity with the polish people in this day of mourning.”

CEMR and its global organisation, United Cities and Local Governments, join the tributes given in Brussels, Strasbourg, Barcelona and Poland, and call upon local governments and the European institutions to observe a minute’s silence in their next session.