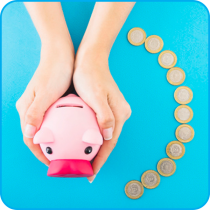 With the European project under constant threat by populist and nationalist forces, the EU needs to take action to defend its citizens’ trust. The European Parliament has understood this. On 17 January, it voted to triple the budget of its programme that covers twinning: the Rights & Values Programme.

This is great news for all European local governments and their citizens. It seems the European Parliament shares the view that investing in twinning means investing in European citizenship!
The Rights & Values Programme goes far beyond twinning: it funds programmes to promote democracy, gender equality, active citizenship and violence prevention.

Here are the numbers: the Parliament is proposing to increase the overall Rights & Values Programme budget to € 1.834 billion, which is approximately three times the amount proposed by the Commission (€ 642 million). As for the “active citizenship” part of the budget, which covers twinning, the Parliament wants to increase the budget to € 500 million – that’s 1€ per citizen!

For more details, feel free to read our French section, AFCCRE’s article on the issue.