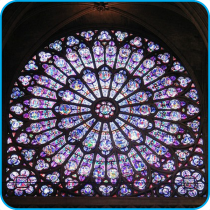 On 15 April, a fire broke out in the Notre Dame cathedral in Paris. The fire burnt for over nine hours before being put out. Thankfully, the worst has been avoided – the cathedral still stands. Nevertheless, this remains a difficult moment.

In this dark hour, the President of CEMR and of the region of Emilia Romagna, Stefano Bonaccini, as well as CEMR Secretary General, Frédéric Vallier, wish to express the support of Europe’s towns and regions.

In a letter sent to the Mayor of Paris, Anne Hidalgo, they stated: “We wish to share the emotion provoked by this tragedy, and to share the solidarity expressed by local leaders from all over Europe since Monday evening. Many of them have shared their wish to help rebuild the cathedral, namely cities with World Heritage sites.”

Solidarity in adversity : the example of Slovak cities

As Mr Bonaccini and Mr Vallier stated, many European cities want to help rebuild the cathedral. In Slovakia, the city of Ružomberok, which is in charge of a UNESCO World Heritage site, has launched a call to other Slovak cities – also hosting heritage sites – to donate a symbolic amount in solidarity to help rebuild Notre-Dame de Paris. "We want to send a message to the world that we are all together during this tragedy," stated Ružomberok spokesperson, Viktor Mydlo.