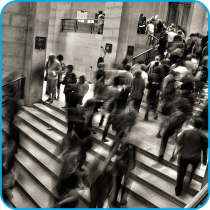 If the EU wants to regain citizens’ trust after the European elections, it has to strengthen links with cities and regions, Stefano Bonaccini told EURACTIV.com.

We are only a few weeks away from the European elections, for some, the most crucial in the history of the EU. Do you share this view?

I wouldn’t dare say that these are the most crucial elections in the EU’s history. But it’s true that they will take place in a completely unprecedented political context. We still do not know how things are going to evolve, but it seems that the UK is moving closer to leaving the EU without a deal, with devastating economic impacts for all. Populism is growing everywhere. New types of protests, like the ‘Gilets jaunes’, are appearing and making distrust towards politics come to light.

But on the ground, we can see that citizens are calling for a change. They are calling to end ‘business as usual’. This is what they did a few weeks ago, when thousands of youngsters took to the streets to ask us to increase our efforts to fight climate change. It’s our duty to listen to them.

What do you think are going to be the main issues in this campaign?

What should be the role of local and regional leaders in this campaign? Should they join the campaign?

Local and regional leaders have to play an active role in this campaign. People experience Europe in towns and regions, and that is where we can regain their trust.

This is why, throughout the year we are campaigning to call for Europe to take a local shift. To achieve it, we have outlined a series of proposals, which include increasing transparency in EU decision-making, maintaining the cohesion policy budget, creating an Erasmus for towns and regions or promoting local dialogues with citizens. With our #Power2Her campaign, we are calling on political parties to include more women as candidates in prominent positions. We are outraged with the fact that although women represent more than half of the EU’s population, they only represent one third of MEPs.

How to reconcile local and European affairs in the campaign?
Europeans no longer want ‘politics as usual’. This sentiment has long been expressed by the population. The EU needs to rethink how it does politics and this can only happen by strengthening links with the grassroots level.

We know that the idea of setting the Sustainable Development Goals (SDGs) as the guiding principles of all policies is gaining weight. Taking into account that 65% of the SDGs cannot be fully achieved without the involvement of cities and regions, the EU and national governments need to team up with us.

The Paris Agreement forces us to go a zero-emission economy. But EU policies in this area will never be functional if they do not take into account the needs and capacities of towns, cities and regions, and their capacity to deliver to their citizens.

The EU needs to strengthen its links with the ground and also between elected representatives. For instance, by creating an Erasmus programme for towns and regions to allow elected officials and civil servants to understand the functioning of the European institutions and to exchange with their peers on local and European governance.

There is a lot of talk about the need for member states to highlight the benefits of the EU. Are cities and regions doing their job in this area?

Yes, absolutely, and it is strongly needed. Only one third of Europeans are aware of the impact that cohesion policy has on their daily lives. To curb this lack of awareness, since the beginning of 2018, CEMR and the European Commission organised 60 citizens’ dialogues in different cities and regions in eight EU Member States. The 4,000 participants show quite well that citizens want to know how the EU invests in their daily lives. It also shows that, at the end of the day, nothing can replace face-to-face contact.

What role should cities and regions have in implementing EU policies?

60% of local and regional policies are under the direct influence of European policy. It is clear that they have to play an essential role not only when implementing EU policies, but also when designing future policies.

By their very nature, mayors and local councillors are in a unique position to understand citizens’ needs and make EU legislation rooted in reality. This is essential to ensure that EU policies are effectively delivered to citizens.

What would you suggest to the next European Commission to increase the role of local and regional leaders in the decision-making process in the EU?

First of all, I would encourage them to be more ambitious than Juncker’s Commission. Indeed, the current Commission has recognised the need to better involve tows and regions in the EU governance, for instance, through the urban agenda for the EU. But we definitely need to go beyond that to respond to the challenges that the EU is currently facing.

This can be done, for instance, by reviewing the modalities of the European Civil Dialogue, by introducing a specific status for organisations that represent local and regional governments and civil society. We expect that the European Parliament’s 2018 recommendation will become reality, recognising CEMR a key partner of the EU institutions and proposing a permanent structured dialogue mechanism, in particular at the pre-legislative stage.

When states talk, local governments act. The refugee crisis in 2015 illustrated how difficult it was for EU Member States to come up with shared solutions. Yet, mayors and local and regional leaders pursued their mission to host refugees with full determination. And since then, they have engaged in integrating refugees in their cities, towns and municipalities in cooperation with local business, civil society organisations and many volunteers. This is only one among many examples of how cities are, by nature, pragmatic, and far from the dominant populist trend. But Mayors can’t be left alone.

How do you think regions and cities can contribute to European integration, in a crucial moment for the EU?

Nothing can replace face to face contact with people and involve them in what we do. They get the feeling they are being heard and meet political protagonists with whom they may agree.

We know that local and regional elected representatives are viewed as being in the best position to explain the impact of European policies on citizens’ lives. That’s why we are strongly in favour of organising annual citizens’ debate in every town and city to debate topics linking their communities and the EU.

And we cannot forget our future generations. We should guarantee to the next generations a future of peace, sustainability and prosperity. For them, Europe is part of their day-to-day life, (they grew up with the Euro) but it is also very far away. We need to talk more about Europe with them. Local and regional leaders could contribute by promoting the European Charter for Fundamental Rights and the history of the European Union in schools in all EU member states, to facilitate better knowledge of how the EU institutions work.

Translate
This interview was first published by EURACTIV.