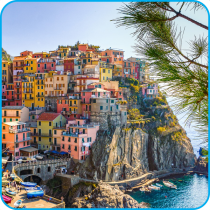 This article was originally published in Euractiv as part of the special report "A place for regions and cities in the European elections debate".

Representatives of the Council of European Municipalities and Regions (CEMR) met with aspiring MEPs in Brussels on Tuesday (9 April) to discuss their priorities ahead of the upcoming European elections.

“This coming European election is very important for us because we believe in a local and regional Europe. We believe Europe needs to take a local direction,” CEMR Secretary General Frédéric Vallier said.

As the EU faces a crucial vote on its future, local leaders called for the localisation of Europe to bring it closer to citizens.

“We believe that trust in the institutions will be growing if we have confidence in strong local governments to reach out to the citizens,” Vallier stressed.

Better collaboration between institutions, an open dialogue between governments, more transparency and accountability as well as stronger participation of citizens would be at the heart of that shift, said local leaders.

“Never forget the local governments!”, Carlos Martínez, Mayor of Soria, in Spain, demanded. In times of growing scepticism, “if we want to change this dynamic, we need to change the approach and the way in which we govern,” he said.

According to the manifesto CEMR launched on Wednesday, regional and local leaders believe the Sustainable Development Goals (SDGs) should be the guiding principles of EU action in the future.

“The 2030 agenda is an opportunity for small and medium municipalities to develop and for the EU to fight Euroscepticism and populism,” Martínez said. Belgian MEP Maria Arena (S&D) proposed for the SDGs to be mainstreamed in all the committees to ensure they shape all Parliament work.

The EU has been funding regional development and territorial cohesion in Europe through structural funds for thirty years. The European Parliament recently voted to maintain its cohesion budget after Brexit.

The commitment of the Parliament in preserving structural funds was warmly welcomed by local and regional leaders. “It is important that no one and no region is left behind. That is why we think that Cohesion Policy is so important,” Carola Gunnarsson, Mayor of Sala, in Sweden, said.

Although the EU has new priorities, “cohesion policy can be the answer for some of these new challenges,” Iskra Mihaylova (ALDE), chair of the Committee for Regional Development at the Parliament, explained.

Maria Arena defended the development of the European Pillar for Social Rights as a tool for inclusive growth. “If all member states would have been working with the regional and local level to ensure social rights, cohesion policy wouldn’t be necessary,” Maria Arena argued.

“If we do not take into account the social Europe, it will be the end of Europe,” Arena warned.

“(In) these elections there are issues that Europe can only solve by working together,” EPP vice-president Dara Murphy said.

Climate change is a good example. Although environmental policies are often decided at European and national level, regional and local governments are those dealing with the consequences of climate change, such as floods, droughts or health problems.

“It is a huge challenge to empower local and regional governments because they are on the ground, really close to the citizens,” Saskia Bricmont, a Green candidate for the European elections admitted.

MEP Jan Olbrycht (EPP) highlighted the importance of a strong relationship between local leaders and members of the Parliament. “We need the contact with the practitioners,” Olbrycht acknowledged.

The long-time European parliamentarian and former vice-president of the organization said that organizations such as the CEMR make their job easier, reaching out to European representatives, while the mayors take care of their businesses back home.  “We cannot expect from every single mayor to be active at the EU level,” Olbrycht said.

As the elections approach, Marc Cools, municipal councillor of Belgium’s Uccle called on the future European Parliament to strengthen the participation of local and regional politicians in the decision-making process.

“I believe there is no real democracy without strong local democracy,” Cools warned.