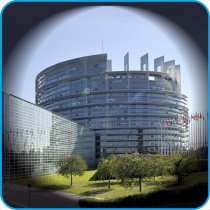 Facts and figures on the new Parliament: all you need to know about the EP top jobs

It’s finally done: the European Parliament has elected the leadership of its Committees*, each of which will focus on specific fields, ranging from Constitutional Affairs (AFCO) to Regional Development (REGI).

Each Committee’s leadership is made up of a Chair, as well as 4 Vice-Chairs. With 22 Committees in total, that’s 110 people: around 15% of the European Parliament. How well are MEPs with a local or regional background represented in the leadership of the Parliament’s committees? Which countries do these MEPs come from? What about gender balance? Get all the info in our snapshot below.

From Aachen to Milan: how local is your MEP?

Almost half of the Committee Chairs have a local or regional background (9 out of 22).

Our preliminary investigations show that, all in all, MEPs with a local background represent 1/3 of the Committees’ Chairs and Vice-Chairs. These MEPs are former councillors at district, county, city or even municipal level.

Also worth noting: none of the MEPs leading the REGI Committee are former local or regional elected representatives. And the newly elected President of the European Parliament, David Sassoli, has never held a local mandate.

Does the EP strike a balance on gender and geography?

Women make up almost 40% of the total committee leadership, which is the same as in the European Parliament.

Most of the leaders are men: 59% of Committee Chairs, 68% of 1st Vice-Chairs, 67% of 2nd Vice-Chairs and 61% of 4th Vice-Chairs. A slight majority of the 3rd Vice-Chairs are women (53%).
Two Committees, Constitutional Affairs (AFCO) and Economic and Monetary Affairs (ECON), do not have a single woman in their leadership.

The Committees on Environment, Public Health and Food Safety (ENVI), Regional Development (REGI), and Fisheries (PECH) are each led by four men and one woman – the women MEPs having the most junior role (4th Vice-Chair) in each of these Committees.

Unsurprisingly, the Committees with the highest representation of women are Women’s Rights and Gender Equality (FEMM) and Human Rights (DROI), each led by four women and one man (as 4th Vice-Chair).

In total, including all Chairs and Vice-Chairs, the Committee leaders come from 20 different countries. Those with the highest number of leaders are Germany (16), France (11) and Italy (10). They are followed by Romania (7), Spain (6) and Belgium (5). Denmark, Hungary, the Netherlands, the UK and Portugal each have 4. Then come Greece (3), Austria (3), the Czech Republic (2) and Sweden (2). Finally, Bulgaria, Estonia, Latvia and Luxembourg each have 1.

Translate
*Almost all Committee leaders have been elected: the EMPL Committee leadership (as well as six positions from other committees) will be elected at a future meeting. We will update this article accordingly once they are.